'People are the source of A-League power' 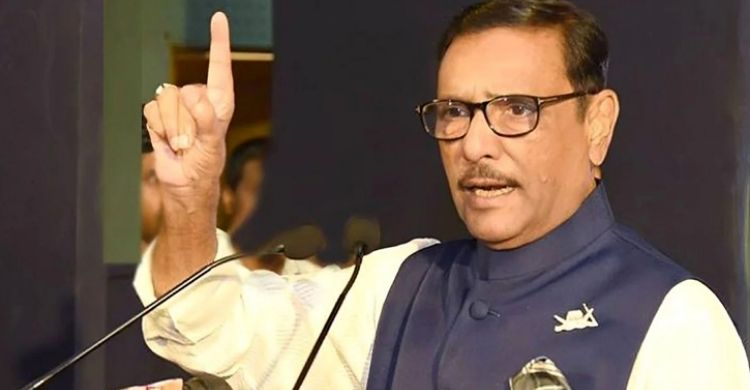 News Desk: Awami League general secretary Obaidul Quader has commented that the people are the source of power. He said, “We are determined to establish a state system based on democratic values ​​inspired by the spirit of the liberation war. We always respect the views of the people expressed through the democratic process. ” Obaidul Quader said this at his residence on Wednesday (July 6) morning. Referring to the activities of the present government, Obaidul Quader said, “The Awami League government has improved the electoral system in the country from Bangabandhu to Sheikh Hasina. Democracy has not been blocked by the Sheikh Hasina government but the blocked democracy has been chained. ” The Awami League general secretary said, "After the inauguration of the Padma Bridge, the popularity of Sheikh Hasina's government has increased and the BNP leaders are getting poisoned. Criticizing the BNP, Quader said, “BNP leaders are blindly criticizing the government day and night because there is democracy in the country. They are making a storm in the media, they are getting more time in the parliament than the proportional rate, they are giving speeches in the parliament. ” He further said, "Bivore BNP did not have confidence in any meaningful and beneficial way of democracy, public opinion, elections and politics in this country in the mantra of conspiracy and power system, not yet."