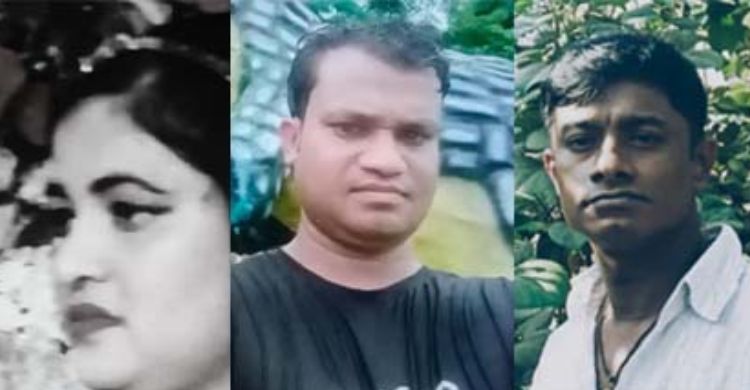 Cox's Bazar Representative: Rohingyas are living freely in various houses and rented houses in Teknaf. Not only that, they come from Myanmar illegally and stay here and continue to do despicable things like drug and human trafficking. Although relatives and various rented houses indulged in these misdeeds, the law and order forces did not take any visible action. Even though these issues were discussed several times in the upazila monthly law and order committee meeting, mysteriously no action was taken in the house and rented house of the identified drug dealer family of Teknaf upazila. Due to this, Myanmar's Maungdoo and Teknaf centered Yaba syndicates have become more active. One such narcotics syndicate in Teknaf Municipal Council is called the "Masumani Syndicate." Abu Bakr Siddiq alias Mohsin alias Masumani of Teknaf KK neighborhood. He is one of the list of drug traffickers prepared by various government agencies at different times. An international syndicate of Teknaf-Mongdu-centered husband-son-in-law-brother-in-law-mother-in-law has formed around him. Hussain Johar of Mangdu area is staying in Teknaf with a shipment of yaba from Myanmar. He is the current husband of Tayuba Begum, a well-known female drug dealer in Maungdoo area of ​​Myanmar Last October 6 (Thursday) a boat with a large shipment of drugs boarded the house of Abu Bakr Siddique alias Masumani in Kayukhkhali Para (KK Para) area of ​​Teknaf Municipal area. Masumani is the son of Teknaf's drug lord and deceased couple Mohammad Ali and Taiuba Begum, residents of Maungdoo, Myanmar. Daughter Benazir Begum's husband. Accordingly, Yaba Don Hussain Johar of Maungdu area of ​​Myanmar is staying in the house of step daughter's son-in-law Masumoni. Not only that, another daughter of Taiba Begum, Roksana Begum (Susu) married Monir Ullah as her second husband and is staying in Badi Alam's rented house in KK Para. Moreover, it has been alleged that Morshed Alam's daughter married Nazrul K, a brother of Benazir Begum and Roksana Begum, and is sitting in her father-in-law's house and is continuing drug and human trafficking activities centered on Teknaf Shal port and Myanmar. Besides, even though both parents are Myanmar citizens. Benazir Begum grabbed Bangladeshi national identity card by staying in Teknaf through marriage. There has been an uproar in the conscious circles. However, her step-father-in-law is not staying in her house and said, "Married almost a century ago. I am getting a family. Why bother with this now? " Similarly, Amir Ahmad alias Kala Ahmad, a resident of Maungdoo, Myanmar, settled in Chittagong. He lived with his family including his wife Fatema Begum with a flat house in the Hali city area of ​​Chittagong. Continued drug dealing. Their daughter Ruma was married to a young man named Absar from Palongkhali area of ​​Ukhia Upazila of Cox's Bazar. However, their marriage did not last long. Later, Kala Ahmad's family along with the girl migrated to Myanmar. From there he used to travel to Bangladesh-Myanmar from time to time. Kala Ahmad was recently arrested with 250,000 pieces of Yaba in Maungdoo, Myanmar. His trial is going on there. That Amir Ahmad alias Kala Ahmad is a holder of Bangladeshi national identity card and passport. Not only that, the wife Fatema Begum has been made a passport at the address of Rajbari area. Later, National Identity Card was also handed over in Halishahar area of ​​Chittagong. This family has been going to Myanmar for several years and continues to smuggle yaba and gold in various items including coconut, onion, kachu from there to Teknaf Shal port. Farid Alam of Ward No. 7 Chowdhury Para of Teknaf Municipal Area, Salman, the owner of a shop called "Bara Bazar" of Teknaf Bazar, is continuing these crimes by forming a syndicate with Sajib, a resident of Chittagong Lohagara Upazila. Recently, Amir Ahmad alias Kala Ahmad was arrested along with Yabas of Myanmar, but his wife Fatema Begum. It has been confirmed by a reliable source that she came from Myanmar to Bangladesh and is staying in Chittagong. Several government agencies have information that Fatima Begum is trying to leave Myanmar again after handing over the flat house in Chittagong to her partner Sajib. Hundreds of such Rohingya-Bangladeshi syndicates are involved in Yaba and human trafficking. However, there is no activity of the law and order forces to break the syndicate which is making a great impression in the conscious circles. Teknaf Upazila Law and Order Committee meeting has discussed several times about the traffic of these drug and human traffickers across Nafnadi border by bringing drugs from Myanmar and asylum camps in various rented houses of Teknaf. In this context, the Officer-in-Charge (OC) of Teknaf Model Police Station Hafizur Rahman informed the meeting and said, "Identified drug dealers of Teknaf are marrying the citizens of Myanmar and creating kinships. As a result, they are staying outside the camp in rented houses and in the houses of their relatives and are indulging in misdeeds. Soon these identified narcotics dealers will be in the homes of their families. He also informed about conducting raids on rented houses. Regarding the inclusion of Rohingya voters, Teknaf Upazila Election Officer Bedarul Islam said, "Some Myanmar citizens (Rohingya) Complaints have been made to the Election Commission that the voters have been at different times. The investigation is ongoing. Anytime the voter is found guilty in the investigation, legal action will be taken against those involved in these illegal crimes in addition to exclusion from the list.