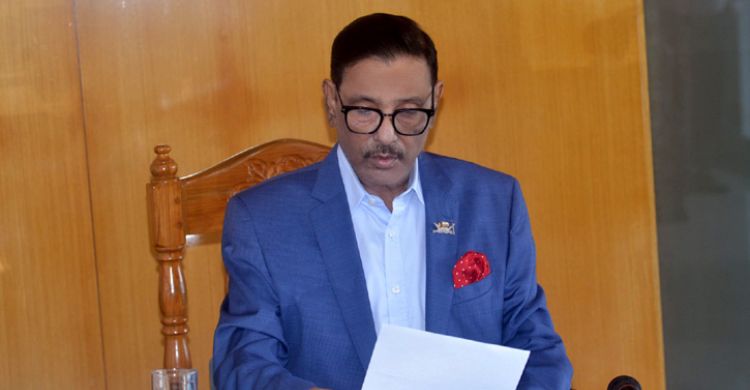 News Desk: General Secretary of the party Obaidul Quader has commented that Awami League does not do politics for itself. He said, “Awami League does politics for the betterment of the people. The next national election is not long, so preparations should be made from now.” On Friday (July 29) afternoon, he addressed the leaders and workers of the party by connecting virtually to the tri-annual conference of various units and wards of the Airport Police Station under the Dhaka Metropolitan North Awami League. Obaidul Quader said that the next election must be won under the leadership of Sheikh Hasina, "We must win the next national election under the leadership of Prime Minister Sheikh Hasina by building a bridge between the leader and the worker and the people with the worker." Urging the leaders and workers to prepare to fight against the conspiracy, the general secretary of Awami League said, "You have to treat people well, then no one can stop the victory of Awami League." He said, "Hindus are not safe under the rule of the present government - it seems like listening to BNP Secretary General - monkeys sing music, rocks float. It has become a habit of BNP to lie about something or the other every day.” He further said, "People want development and work, Sheikh Hasina is doing development and work - that's why people are happy about Sheikh Hasina, and BNP is upset."